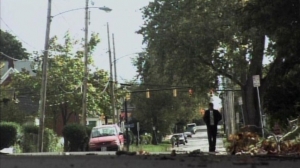 This Emmy nominated film explodes the myth that AIDS is something that affects “other people.” The fact is the faces of the disease are as diverse as the society we live in but it’s often much easier for us to accept the notion that HIV affects someone else. This has created a void of open and honest information about HIV/AIDS and has shrouded it in stigma, shame, secrecy, and fear, and thus, perpetuated a global health epidemic. Told through the compelling stories of individuals the disease has touched; a woman who lost multiple family members to AIDS, a former Catholic priest now working as an advocate, a woman who contracted AIDS through her husband and a doctor who has been living with the disease for nearly thirty years, Dangerous Silence brings a disease that people don’t want to talk about into our backyards.