"Truth is not created through the camera. The camera simply reveals. It allows us to discover our own truths through the story it tells."
Navigation
About The Name 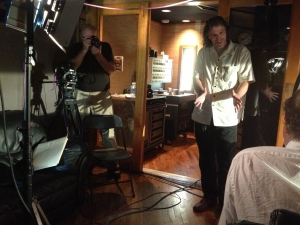 Toward Castle Films was founded in 2011 by award-winning filmmaker Paul Lamont and specializes in documentary films for broadcast and theatrical release as well as orientation and exhibit films for museum installations. At the core of every film is a story that explores universal themes that touch on deep human experiences. Lamont’s films cover topics as diverse as war, race, religion, music, art and architecture. Some of the biggest names in the film industry have provided their talents to his documentaries including Liev Schreiber, Adam Arkin, David Ogden Stiers, Andre Braugher, Victor Garber, and Armand Assante.