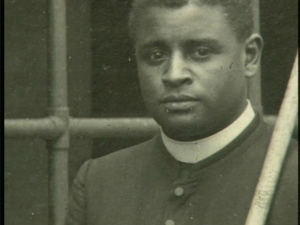 The Emmy nominated film, Enduring Faith, examines 100 years of struggle to establish an African American clergy in the American Catholic Church. The story is viewed through the prism of the Josephite Society, an English missionary group that came to America in 1871 to evangelize and convert the recently emancipated slaves. As the Catholic Church’s only mission dedicated solely to African Americans, the Josephites operated on the fringes of the institution throughout the majority of their turbulent and often controversial history. It brings to light a story little known and rarely discussed and tells of the courage and ultimate despair of early black Josephite priests and the pivotal role of Rome in forcing the American Church to open its doors to blacks. It also brings to the forefront the unwavering stance of African American Catholics who clung tenaciously to their faith despite rampant racism in the Catholic Church. Beverly Carroll, Executive Director of the National Conference of Catholic Bishops’ Secretariat for African American Catholics, stated, “Enduring Faith does not shield viewers from the intensity of the racism and animosity these men faced. You feel the chills going up and down your spine as you hear the words of early black Josephite Fathers.”