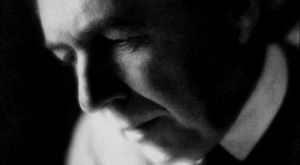 Frank Lloyd Wright was perhaps the greatest architect that America has ever produced but his genius was often overshadowed by scandal and tragedy. As friends and clients deserted him because of his scandalous lifestyle, one man, businessman Darwin Martin, stood by him and supported him both emotionally and financially for 30 years. Frank Lloyd Wright’s Buffalo is the story of their long friendship – a friendship that began in 1902 and ended with Darwin Martin’s death in 1935.