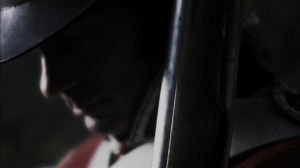 “This is the way PBS should make all of its documentary films from now on. Suberbly directed, shot and edited.”

Consultant for: Master and Commander, Pirates of the Caribbean and The Patriot

In the summer of 1814, Fort Erie in Canada became the focus of two nations.  American forces held the fort and the British wanted it back.  In a desperate struggle during what many saw as a futile war, thousands would be lost.  It became known as the siege of Fort Erie and it was one of the bloodiest engagements of the War of 1812.  It is also a pointed example of how, in war, a battle objective often takes on a greater sense of importance than the situation dictates.  Glorious Battle brings this moment in Canadian and American history into vivid focus as it recounts the events that left both sides of the Niagara River in ruins and Old Fort Erie as the bloodiest battlefield in Canada.