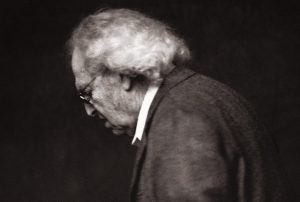 Herbert Hauptman: Portrait of a Laureate (2008)
Dr. Herbert Hauptman received the Nobel Prize in Chemistry in 1985. The fact that he is a mathematician makes receiving the Nobel even more noteworthy because no mathematician has ever been given this prestigious award. Dr. Hauptman pioneered and developed a mathematical method that has changed the entire field of chemistry and opened a new era in research in the determination of molecular structures. In the wake of a career that has spanned over sixty years, he leaves the legacy of the Hauptman-Woodward Medical Research Institute in Buffalo, NY, a world renowned leader in the field of X-Ray crystallography committed to improving human health through study, at a molecular level, the causes and potential cures of many diseases. Herbert Hauptman: Portrait of a Laureate is an intimate biography of a modest man who is fiercely passionate about math, deeply committed to science, unwavering in his convictions, and resolutely devoted to his family.