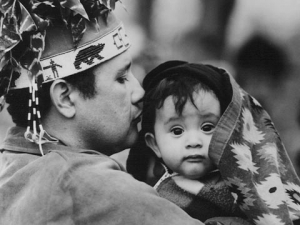 For 99 years, the residents of Salamanca, N.Y. have rented the land under their homes for an average of $1/year form the Seneca Indians, under the terms of a lease imposed by Congress. Now, as the lease is about to expire, a century of bad business must be renegotiated. Chana Gazit and David Steward’s film captures the unfolding drama as the survival of an American town and justice for the Senecas appear to be in conflict.

Written, Produced and Directed by
Chana Gazit and David Steward