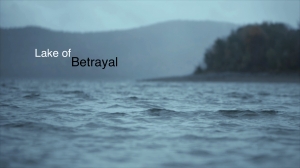 Kinzua Dam, on the Allegheny River in Pennsylvania, was a flashpoint in history for the Seneca Nation of Indians. Completed in 1965, the dam was originally proposed to help mitigate flooding in Pittsburgh, almost 200 miles downriver, but the 27-mile reservoir that formed behind Kinzua Dam inundated vast tracts of the Seneca Indians’ ancestral lands, forcing their removal in breach of the United States’ oldest treaty then in effect.  Set against a backdrop of a federal Indian termination policy, pork-barrel politics, and undisclosed plans for private hydropower during the post WWII boom, Lake of Betrayal reveals an untold story from American history—a one-sided battle pitting an impoverished Native American nation against some of the strongest political, social and commercial forces in the country as they fought to protect their sovereignty. And although the imposed changes resulting from the dam cost the Seneca irreplaceable cultural losses, the Kinzua crisis became a turning point to more aggressively protect and exercise their sovereignty and build a stronger Seneca Nation. Production for Lake of Betrayal began in 2014. The film was released to PBS stations nationwide in November, 2017.

This program is produced by Toward Castle Films and Skipping Stone Pictures and is a presentation of Vision Maker Media with major funding provided by the Corporation for Public Broadcasting.

The producers also gratefully acknowledge the generosity of the following individual donors: