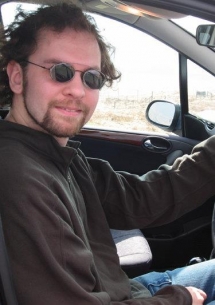 Chris Bové is a film and video editor of 17 years. His focus has been in documentary and dramatic narrative. He can’t often remember what he had for lunch yesterday, yet since he was twelve he can remember every scene, camera angle, and dialog of the over 20,000 hours of Hollywood films he screened from his family video rental store. That plus three college degrees in filmmaking and an activist’s mind has resulted in a career relentless with projects. Broadcast works for PBS include Glorious Battle: The Siege of Fort Erie, Elbert Hubbard: An American Original, and Frank Lloyd Wright’s Buffalo. Theatrical & DVD releases include Down the Rhodes: The Fender Rhodes Story, Kali-Ma, and Simon Manor. Bové has been nominated for numerous Emmy Awards and has won many others including CINE Golden Eagles and dozens of Telly Awards. Yet his favorites to win have been high Nielsen Ratings and film festival “Audience Awards”. Bové says, “Those are the ones that prove an audience is fully immersed in every second of the content I’ve helped the director to create.” Chris Bové lives in upstate New York with his wife and two children.