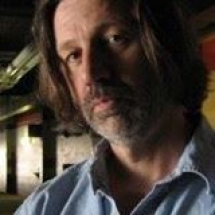 James P. Gribbins is an Emmy-nominated cinematographer whose work has been seen on PBS, History Channel, MTV, VH-1, Lifetime, NBC, CBS, ABC, Fox and HBO.  His most recent collaboration with Paul Lamont has been on the documentary films Frank Lloyd Wright’s Buffalo (PBS), Elbert Hubbard: An American Original (PBS) and Glorious Battle: The Siege of Fort Erie (PBS).  As Director of Photography, Gribbins is known for the artistic sensibility that he brings to films. His skill in the art of nuance, shadow, contrast and framing as part of the storytelling process, creates a unique and memorable visual style.